Toward a Decarbonized Society: A Design Approach That Satisfies Both Spatiality and Energy Conservation

The Urgent Need for Decarbonization in Architecture

Mitigating global warming and reducing greenhouse gas emissions has become a global challenge. In his general policy speech in October 2020, then-Prime Minister Kan declared, "Our goal is to reduce greenhouse gas emissions to zero by 2050, in other words, to achieve a carbon-neutral, decarbonized society by 2050," and in April 2021, he announced that greenhouse gas emissions would be reduced by 46% by 2030 relative to the year 2013. In August 2021, the International Panel on Climate Change (IPCC), an agency of the United Nations, released the Sixth Assessment Report, stating that "there is no doubt that human influence has caused warming of the atmosphere, oceans, and land," and clearly attributing global warming to human activities.

To achieve a decarbonized society, it is essential to drastically reduce the emission of greenhouse gasses including CO2. However, about 30% of CO2 is emitted through building operations (*1), meaning that buildings have a strong impact on the environment. With the aim of reducing the environment impact caused by architecture, the government set a policy target in 2014 to achieve the ZEB (*2) on average in new buildings by 2030, and published the ZEB Roadmap.

*1 A breakdown of energy-derived carbon dioxide emissions for each sector based on the preliminary figures for greenhouse gas emissions in FY 2019 compiled by the Ministry of the Environment and the National Institute for Environmental Studies shows that the business and other sector (18.8%) and the household sector (15.5%) account for 34.3% of total emissions.

*2 According to the Ministry of the Environment's ZEB Portal, ZEB stands for Net Zero Energy Building. It is defined as a "building that aims to reduce the annual primary energy consumption balance to zero while providing a comfortable indoor environment." In addition, depending on the degree of energy conservation and energy creation, they are classified as ZEB Oriented, ZEB Ready, Nearly ZEB, and ZEB. 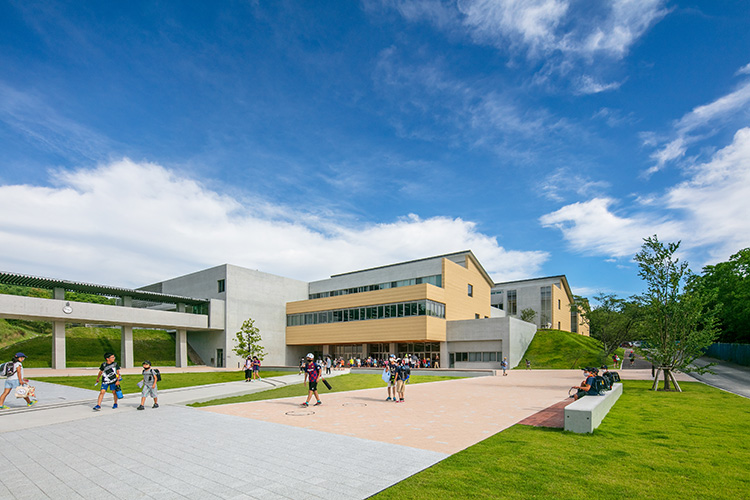 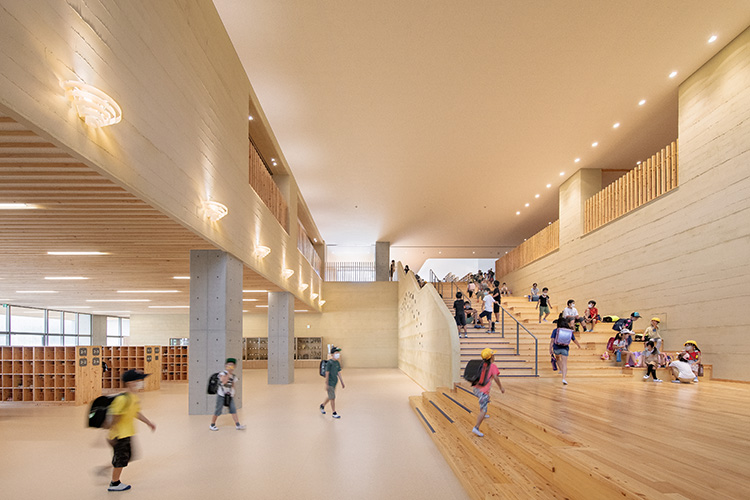 The total amount of energy that a building consumes in its lifetime may vary greatly depending on how it is designed. Kume Sekkei takes the situation seriously, and is contributing to the promotion of low-carbon buildings through the design of various facilities including educational facilities, government buildings, hospitals among others.

For example, the Japanese Red Cross Kochi Hospital completed in 2019, is the first acute care hospital with more than 300 beds in Japan to achieve the ZEB Ready status (50% reduction in energy conservation compared to the previous level,) while realizing a high level of livability by providing views and natural lighting. This building can be considered a prototype of a "popular type ZEB" that fully adopts established energy-saving methods in terms of high exterior envelope performance and high-efficiency air conditioning and sanitary equipment. The reduction rate of the annual primary energy consumption was 55.2% in the first year of operation, and 54.9% in the second year. 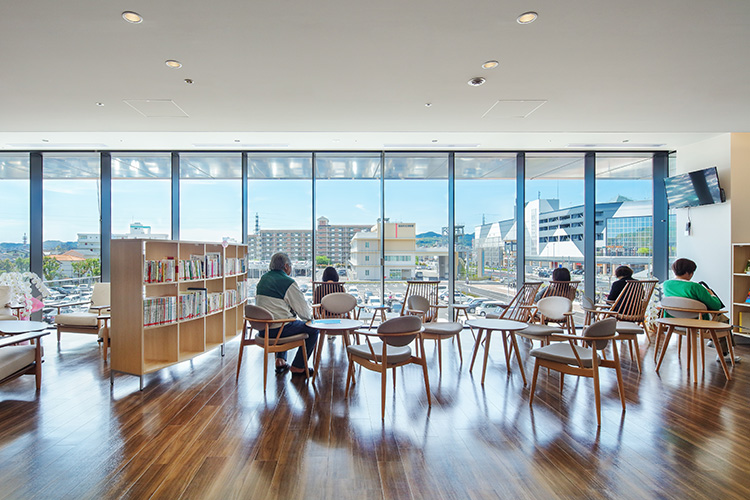 Finding the Best Balance among Comfort, Energy Conservation, and Operation through Design Innovations

Nijinooka Gakuen, Seto City Unified Elementary and Junior High School completed in 2020 is a facility that achieved the ZEB Ready status without relying too much on mechanical equipment by utilizing natural energy through design innovations. High sidelights are arranged in a three-dimensional manner to bring light and breeze into the large space, and large openings fitted with high-performance glass are equipped with eaves to achieve both a sense of openness and a comfortable thermal environment. These design innovations will not only guarantee comfort, but also help reduce initial investment and operating costs. 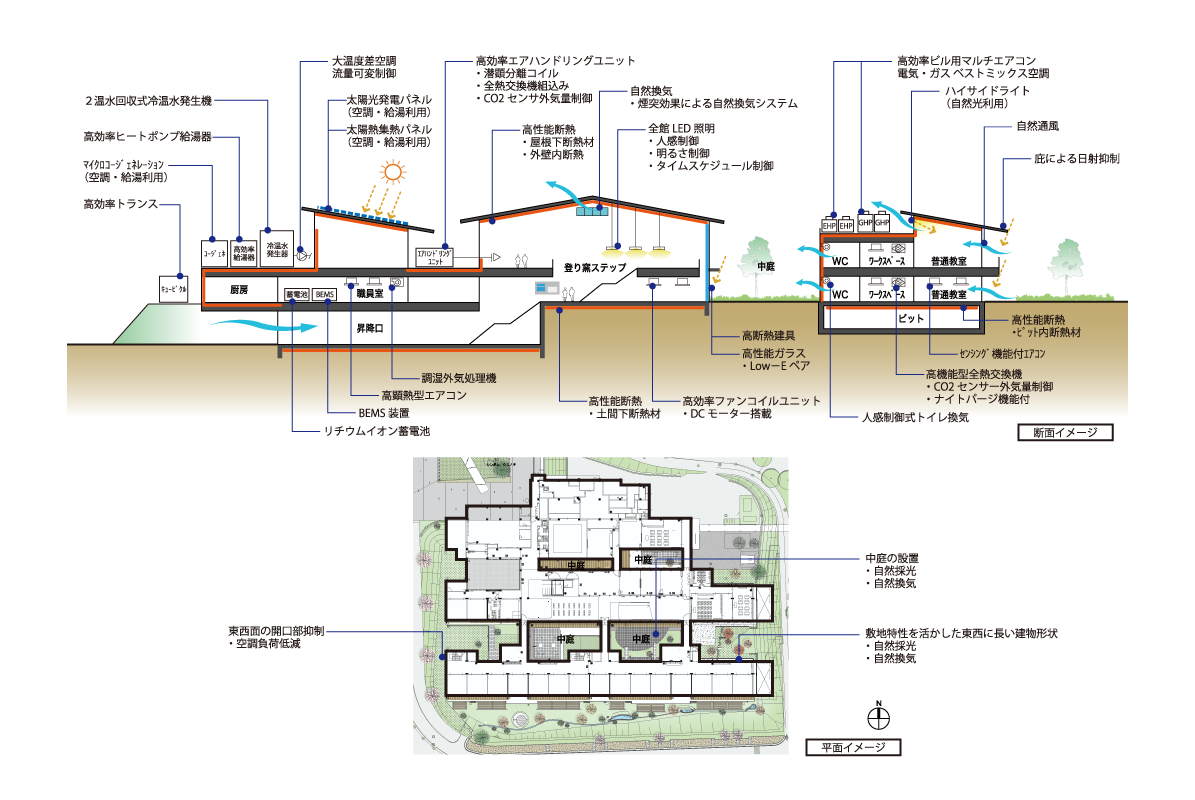 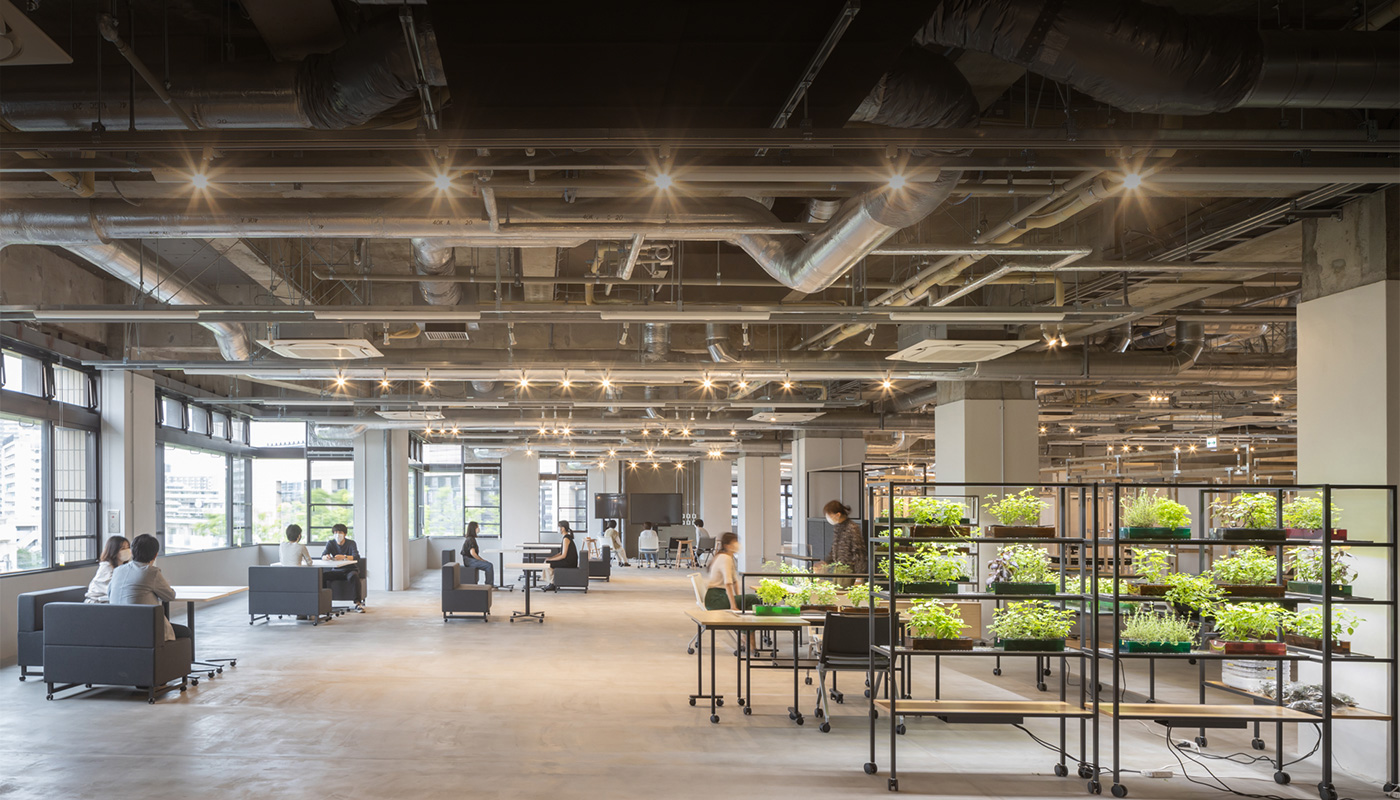