福his city hall is located in the center of Fukuoka Prefecture. To ensure the safety and security of the building, a seismically isolated foundation system was adopted, and the building features an exposed concrete ceiling without any risk of collapsing, and flexible office spaces without columns and beams. The building features a flat ceililng that reflects natural light flowing from the lushgreenery of the countryside along the Onga River and brings it into the interior, creating a strong sense of harmony with the surrounding environment. 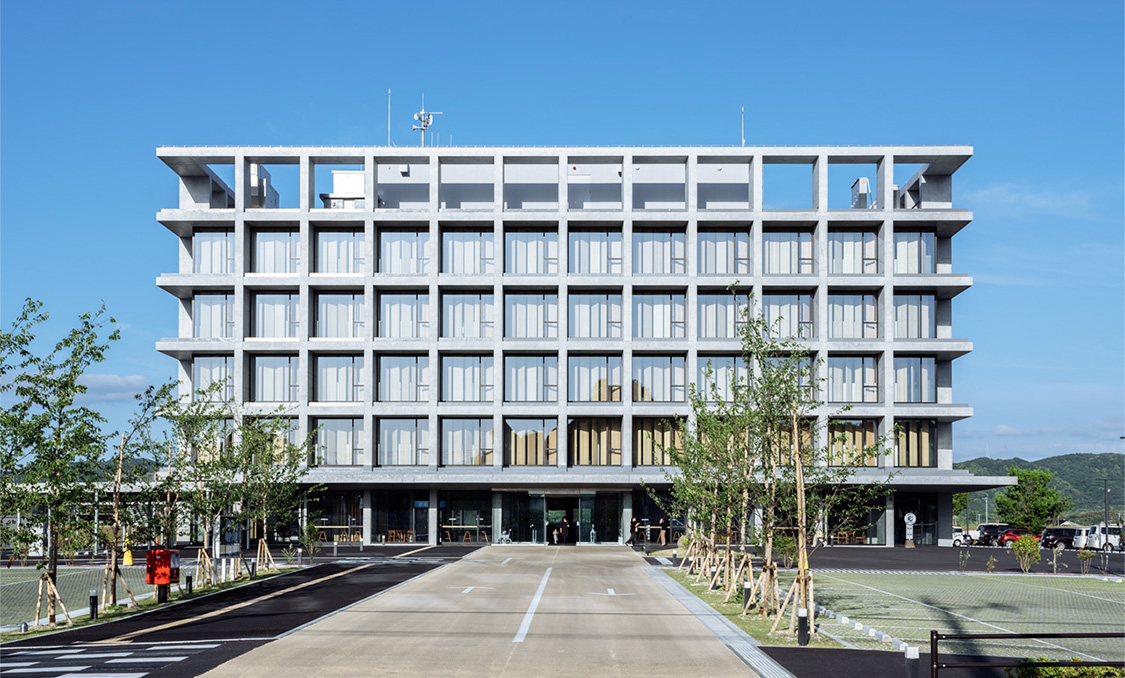 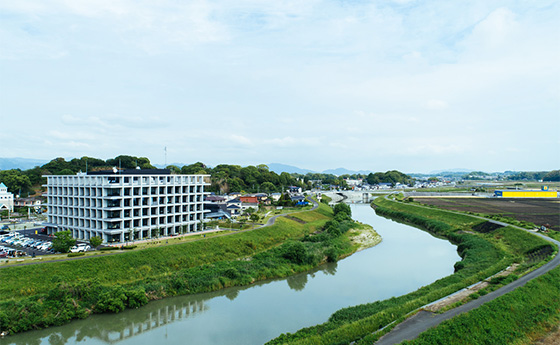